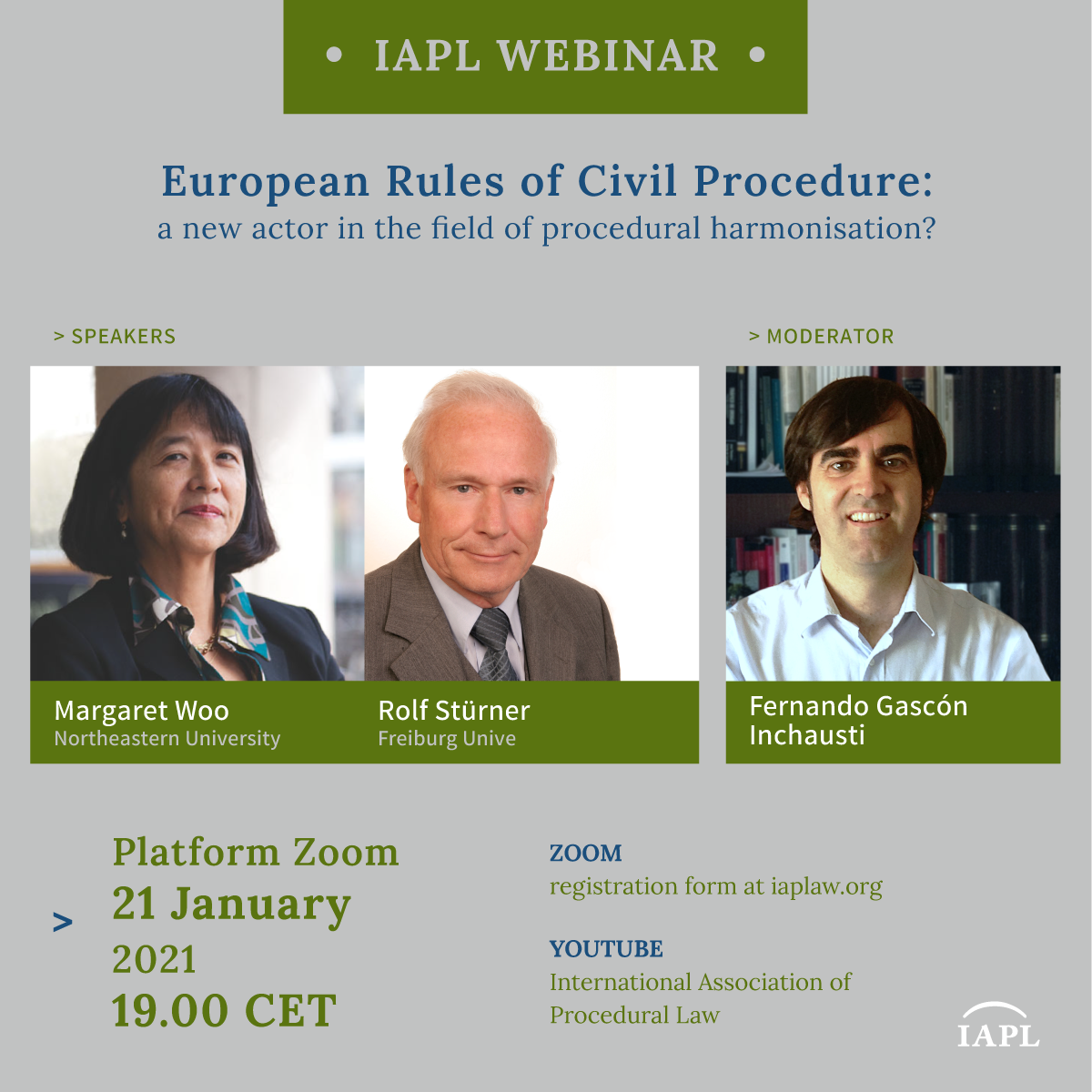 THE INTERPLAY OF GLOBAL TENDENCIES WITH LOCAL TRADITIONS IN PROCEDURAL LAW

The fourth edition of the International Association of Procedural Law (IAPL) - Max Planck Institute Luxembourg Summer-School will be addressing the interplay of global tendencies with local traditions in procedural law. Initially planned to take place in Luxembourg from July 27 - 30, 2020, the Summer School has been postponed to July 2021 due to the Covid-19 pandemic.

More information will be made availabe in due course, also on the website of the MPI.

The Manuel Serra Domínguez Foundation has launched its annual call for projects and activities in the field of Procedural Law. More information is available here.

In addition, information is available here on the on-line celebration of the “Manuel Serra Domínguez Memorial Conference”, to be held on November 10, 2020.

The multilingual International Journal of Procedural Law (IJPL) provides an international research platform for scholars and practitioners in the field of procedural law, especially in civil matters.

In addition to articles in five different languages examining current developments in judicial and alternative dispute resolution, the IJPL also publishes articles devoted to the theoretical foundations of procedural law. Contributions address legal issues from domestic, transnational or international perspectives, including comparative law and conflicts of law aspects. Consequently, the IJPL is not only of interest for scholars but also for practitioners in charge of cross-border cases.

The IJPL is published twice a year. Each issue consists of five parts: Studies, Practice, Debate, Legislation and Information (book reviews, interviews, conference summaries). Articles must be written in English, French, German, Italian or Spanish and will be published in the language in which they have been submitted. Preliminary abstracts in the other languages of the IJPL inform the reader about the central points of each article. The IJPL is the journal of the International Association of Procedural Law.

The Open Access Publisher of the Roma Tre University has launched a re-edition of Piero Calamandrei’s legal studies. They are distributed in 10 volumes, prepared by Mauro Cappelletti between 1966 and 1986 and which were nowadays very difficult to find. This link will give you direct access to all of them.